Reliable protection of the seller & buyer

The seller adds the goods

The buyer finds the goods

The buyer pays for the goods

Money is stored 36 hours in a safe.

The buyer has 36 hours to check the goods.

The buyer receives the goods immediately after payment

They are marked with special icons

After 36 hours, the seller receives money for the goods.

World of warcraft aka WOW products 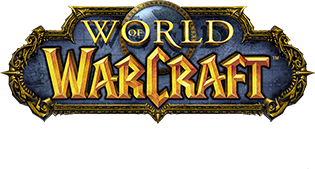 About World Of Warcraft

WOW is one of the most popular online MMORPG games, which was created by famous videogames development company Blizzard Entertaiment. WOW is the fourth edition of Warcraft series.

You can buy WOW vouchers for different versions of the game on our website.

Key for WOW: Mists of Pandaria

These WOW vouchers will prolong owner’s subscription to WOW RUS for 60 days. This card can be used only then, if user has full account of the game (not trial). Card does not support European and American versions of WOW (in “region” section of your account should be Russia or CIS). Time card like this is meant for 60 days and there are no other timings in production.

Current time code allows subscribing and prolonging subscription to English version of World of Warcraft. WOW voucher UK (UK version of the game) can’t be used to prolong subscriptions for other versions.